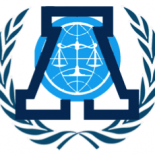 David thanks for letting me in. Can you tell me what you do here at the firm?

Sure. I’m a seventh-year associate here. I practice in the area of litigation, generally, but my focus is cross-border disputes. A good part of that practice is international arbitration. Within international arbitration there are basically two categories we deal with. Those are commercial arbitration – typically disputes between two companies located in different countries, and that’s why they’re going to arbitration—and then the other branch of that is investment treaty arbitration – disputes between investors and governments. In all cases it’s an investor investing in a state other than which the state where the investor is from, so there is usually, under the bilateral investment treaties of the states, certain guidelines that direct the dispute. And then there is of course litigation relating to enforcement of arbitration awards or trying to compel parties to participate in arbitration, and we call all of that arbitration-related litigation. So that’s what my practice is. But of course there is a garden variety of litigation we get involved in. Sometimes it’s state-court litigation, federal-court litigation, it varies.

What goes into preparing for an international arbitration?

We get involved in one of two ways. Either we are contacted by a party looking to commence arbitration against a company or country against which it has a dispute. Or we are contacted by a client that has had a request for arbitration filed against it. Really in either situation the case would start off with us reviewing the documents, interviewing the clients’ representatives, and finding out what the client’s goals are for the arbitration and then working backwards to provide that.

Are you willing to tell me a bit about your career path?

I haven’t moved around a lot, but I should say that during law school I did have a few legal-related jobs. I interned for a federal judge and I highly recommend that to any one going to law school. It’s really a fantastic experience seeing what kinds of cases come into a federal court. I mean, it can range from criminal cases, large, to wide-spread conspiracy cases, to maritime cases – it’s just a whole host that comes through. I’ve also worked as a journalist for American Lawyer Media reporting on large verdicts and settlements contacting attorneys on both sides and writing up the case. And, of course, during in law school I took a number of international law-type courses. I think it’s important for law students interested in international law to take those classes to make sure that you’re actually interested—especially those that provide practical experience such as clinics.

While we’re on that, I would just say that the most important skill that you can come away with for this kind of practice, it may not be for every lawyer, but if you want to be involved in thiese sort of high-stakes, complex commercial disputes, is to learn how to write, and write well. So in law school you should focus on improving your writing because that is really the bread and butter of these kinds of cases. We get to advocate and get on our feet everyone once in a while, but our arbitration submissions are really just pages and pages of written advocacy. And it’s not only in the arbitration submission, we write a lot in the back and forth that goes on between opposing counsel and co-counsel. We also spend a good part of our day responding to emails. So writing is very important skill to have. We got there from a question about career path, but it’s that important.

Did you always know that you wanted to do international arbitration?

I think it was probably during undergrad that I became interested in international business, international disputes, that kind of thing. And then in law school I was interested from the very beginning. But, arbitration vs. litigation is, in some ways, a six of one, half a dozen of the other. Arbitration generally exposes you to more cultural diversity and it’s a little more flexible in terms of procedures and for me, personally, I was very attracted to the idea of two parties resolving their disputes in an out-of-court setting; whereas, 200-300 years ago someone was doing business in a different country, there was a dispute, and there would be a war, now everyone sits around a conference table and tries to hash things out without actually going to court. I find private dispute resolution interesting.

What advice do you have for law students making their first step into their first job and they’re hoping to get into international practice?

Well, a lot of it has to do with luck. I mean you have to be in the right place at the right time. This is work that, I think, a lot of law students and junior lawyers find sexy, so to speak, and a lot of people want to get involved. So part of it, as I said, is being in the right place at the right time; but, also, assuming you have a job in a firm that has people practicing this kind of law, I would be blunt and just go over and say that I’ve always been interested in this type of law and I have these particular skills, whether it’s language skills, history of travel, anything that you can use to distinguish yourself from the crowd.  Ask for a piece of their project and start that way. If you don’t have a job yet and you want to get involved in that type of practice, if you look in the right places there is quite a bit of reporting on international arbitration development. You can find out who the key players are, who the key firms are who are doing this and reach out to them.  A lot of the people who practice international arbitration got involved in that way. They met the right person at the right time and they take it from there. There’s no short answer to that question.

The one thing about arbitration that I’ve found is that it’s a people-oriented practice.  Whereas in court things may be a bit more formal in terms of how arguments are made and on judge’s rulings and interaction, in arbitration you really are basically sitting around a conference room table at the end of the hearings trying to hash things out. It’s all about people. It’s about making your arguments and being credible. So from the beginning it’s important to establish a good relationship with your witnesses, with the people involved, even opposing counsel, so when you get into the hearings – which have lasted for me from one to twenty one days long – you can persuasively tell your client’s story from your client’s perspective. And, you know, the cases that we’ve had the most success on we’ve had good relationships with the clients. So if you can get along with people from different cultures, and people think you’re reliable and credible, you’ll succeed.